Fourteenth Station: Jesus Is Placed in the Tomb 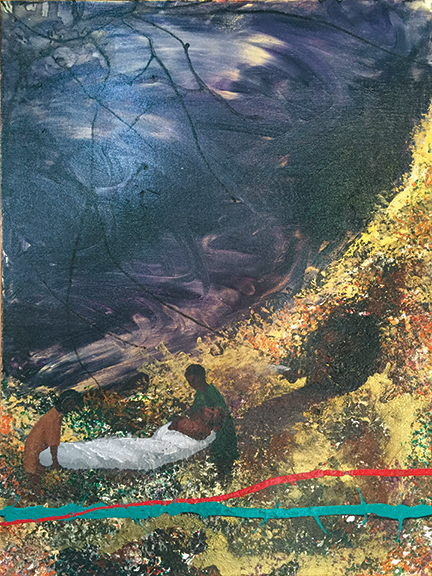 So Joseph took the body and wrapped it in a clean linen cloth and laid it in his own new tomb, which he had hewn in the rock. He then rolled a great stone to the door of the tomb and went away. Mary Magdalene and the other Mary were there sitting opposite the tomb.

Women have been witness to all the pain this sad day has held. They have watched the sentencing amongst the crowd, followed his painful steps up the hill, watched as he languished in his suffering. Now, just a few women—both Mary—remain, watching at the tomb. They sit and watch, as twilight deepens to darkness, and their friend’s body remains inside the tomb, sealed. Now, it is all over.

It is finished. The tomb is full of a body broken for us.

Previous Station | Back to Stations