Stations of the Resurrection | 3

Station 3: Jesus Appears on the Road to Emmaus 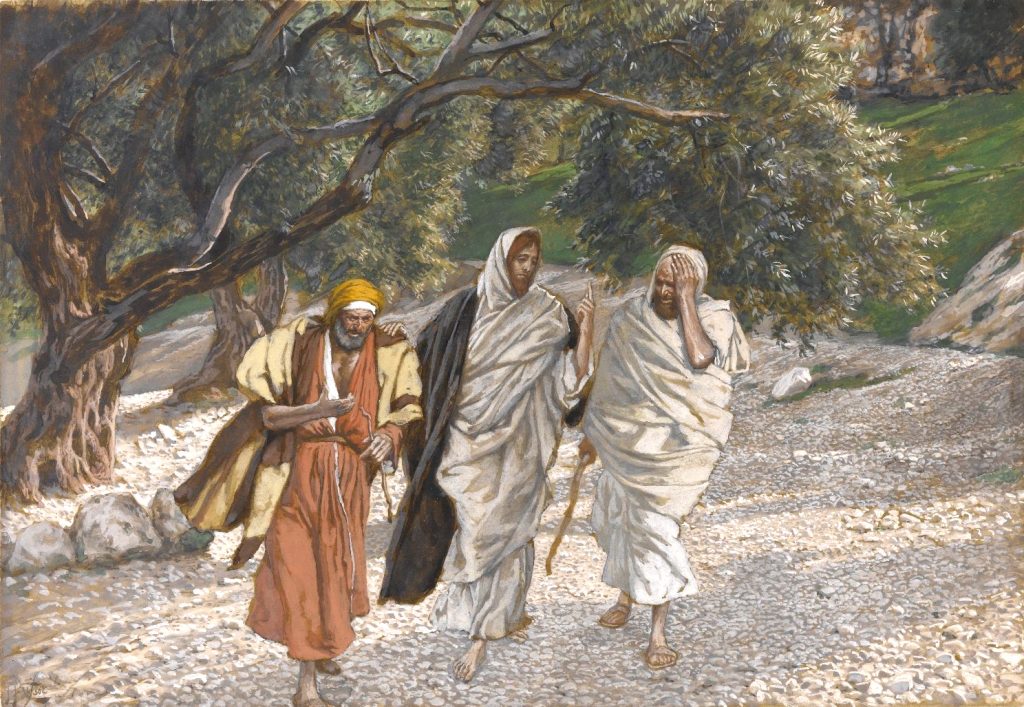 The Pilgrims of Emmaus on the Road (Les pèlerins d'Emmaüs en chemin) by James Tissot, 1886-1894

Now on that same day two of them were going to a village called Emmaus, about seven miles from Jerusalem, and talking with each other about all these things that had happened. While they were talking and discussing, Jesus himself came near and went with them, but their eyes were kept from recognizing him. And he said to them, “What are you discussing with each other while you walk along?” They stood still, looking sad. Then one of them, whose name was Cleopas, answered him, “Are you the only stranger in Jerusalem who does not know the things that have taken place there in these days?” He asked them, “What things?” They replied, “The things about Jesus of Nazareth, who was a prophet mighty in deed and word before God and all the people, and how our chief priests and leaders handed him over to be condemned to death and crucified him. But we had hoped that he was the one to redeem Israel. Yes, and besides all this, it is now the third day since these things took place. Moreover, some women of our group astounded us. They were at the tomb early this morning, and when they did not find his body there, they came back and told us that they had indeed seen a vision of angels who said that he was alive. Some of those who were with us went to the tomb and found it just as the women had said; but they did not see him.” Then he said to them, “Oh, how foolish you are, and how slow of heart to believe all that the prophets have declared! Was it not necessary that the Messiah should suffer these things and then enter into his glory?” Then beginning with Moses and all the prophets, he interpreted to them the things about himself in all the scriptures.

We thank you, heavenly Father, that you have delivered us from the dominion of sin and death and brought us into the kingdom of your Son; and we pray that, as by his death he has recalled us to life, so by his love he may raise us to eternal joys; who lives and reigns with you, in the unity of the Holy Spirit, one God, now and for ever. Amen.