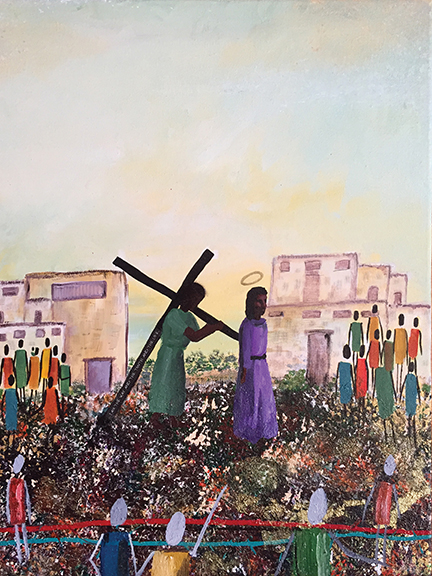 As they led him away, they seized a man, Simon of Cyrene, who was coming from the country, and made him carry the cross behind Jesus.

We know only that an African helped carry the cross, as Jesus’ physical body failed under the strain. Simon is the man who helps others when called upon, the quiet man in the crowd who does what is right and kind. The soldiers compelled his action, but he willingly lifted up the heavy crossbeam.

I called upon the Lord in my distress
And cried out to my God for help.
He heard my voice from his heavenly dwelling;
My cry of anguish came to his ears.
Give thanks for the man from Africa who helped Jesus.

Give thanks for those who accept responsibilities when called upon, and who carry out their task with kindness.